in my effort to be vegan this summer, (well, i haven't been very good at the vegan part, maybe pescatarian), i found a really good coconut milk ice cream recipe

or rather, ratio. and it has honey, so i guess it's not technically vegan either

it's gluten-free, definitely dairy-free, and delicious! 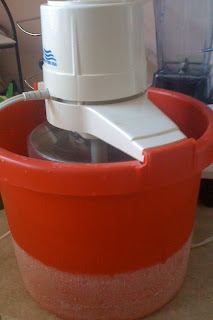 cool the mixture, and please use the old-school ice cream maker with rock salt (that screeching noise just means it's working!)

i'm seeing a correlation between mixing flavors, just like the cardamom muffins from my opening, with mixing fragrances. all connected to the olfactory membrane in some way

my favorite flavor thus far is achieved by adding about 1/2 cup of unsweetened cocoa powder + about 1 tablespoon of cinnamon. probably the best chocolate ice cream i've ever had 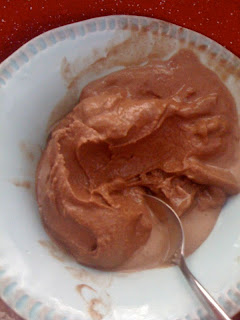 also, coffee has been really good (especially adding to it random liqueurs from my mom's cabinet like one that smelled of amaretti cookies) and as a portlander, i feel like it's blasphemy, but i have yet to actually make a stumptown batch, don't hate me

one of my other favorites has been using leaves from my friend's lemon-verbena plant which i muddled in a portar & pestal and then i also added a whole vanilla bean. that was probably the cleanest and most refreshing