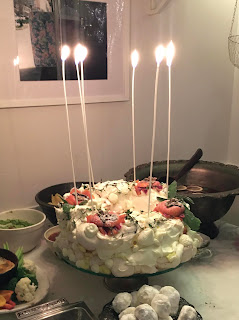 I've been working since our New Year's eve celebration on some variations of double pavlova's inspired by a few of my favorite cooks.

The basic recipe is Mary Berry's from the Great British Baking Show, but I'm doubling the pavlova portions. I do think making it twice might be a better option than doubling it in the bowl, as my stand mixer has a hard time whipping that much air into 12 egg whites. 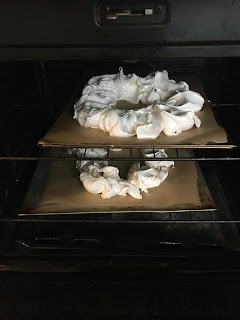 Pavlova (double) based on this recipe by Mary Berry

Whip egg whites in stand mixer until soft peaks form and slowly add sugar until stiff peaks form. In a small bowl mix the vinegar and cornstarch until it's a paste and whisk into egg whites by hand. For a different spin I have added espresso powder to the whites as inspired by Nigella Lawson in this recipe. The center of the pavlova then becomes the most delightful coffee marshmallow. 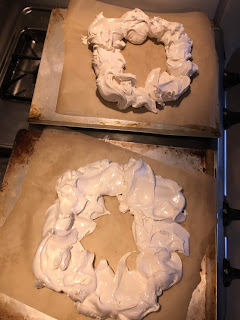 Spoon mixture onto baking sheets in two wreath shapes and put in oven. Turn down to 300 degrees and bake for one hour. Let cool in oven another hour to dry out or overnight.

After this I feel like the sky is the limit! Traditionally whipped cream is used to layer, I make 32oz of whipped cream to spread between the middle of the two layers and to pipe along the edges and top. Sometimes I flavor it with chocolate or espresso powder. 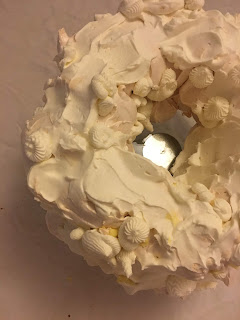 For my first citrus one, I added some jam I had made, just for an additional flavor, but covered completely by the stacking of the second layer and piping of the whipped cream.

I also like to use the egg yolks and make a pastry cream for part of the center layer, inspired by this recipe. 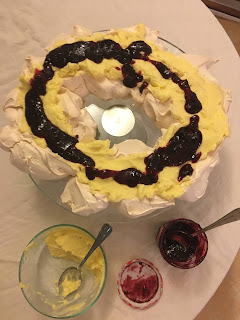 Pastry Cream (can add orange or lemon zest to flavor)

Warm the milk (with zest if using) in a saucepan on low heat until steaming, but not simmering.  Whisk the sugar, cornstarch, and salt together and then add egg yolks.

Whisking constantly, slowly add a couple tablespoons of the warm milk into the egg mixture. Keep adding warm milk until about half is incorporated then add back to pan and stir until it thickens (about 5 minutes).
Off the heat, and stir in the vanilla and the butter to melt.

Strain, cover (pressing plastic wrap onto the surface to keep from forming a film) and refrigerate. 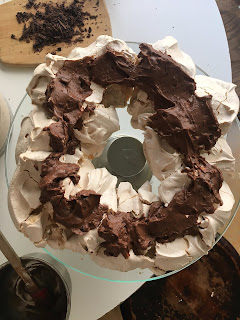 Another variation of the pastry creams is a chocolate chip one I found on New York Times.

Beat egg yolks, sugar and cornstarch & cocoa powder in bowl
Pour milk into saucepan with vanilla bean, over medium heat simmer and remove bean.  Scrape seeds from pod back into pan.
While whisking, add 1/3 milk to yolk mixture then pour all back into pan on heat. Continue whisking constantly until thickens. Remove and add 2 oz of chocolate chips. Refrigerate, let cool then add 2 1/2 oz chocolate chips. 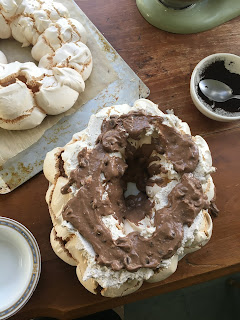 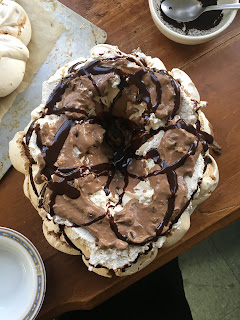 For this one I also drizzled chocolate sauce from Smitten Kitchen. 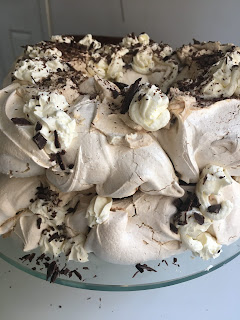 And we made some cotton candy with orange-infused sugar to top one, by adding orange zest to sugar overnight 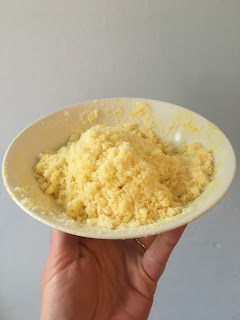 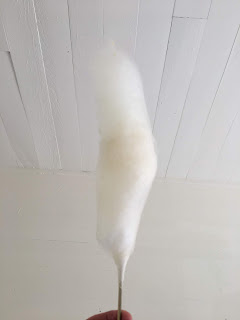 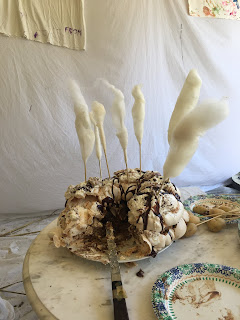